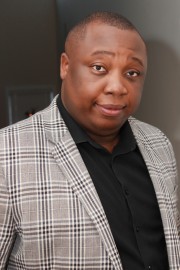 Lawrenceville, Georgia, April 29, 2015 (Newswire.com) - Mr. Nwankwor A.K.A KNN has already earned an impeccable reputation for bringing out the best in any actor/actress who he works with. He has quickly become a much sought after director by casting members, because of his skills in communicating of what he wants and expects, and providing very clear direction. These attributes work for the better of all those who come under his directorship.

Kevin Nkem Nwankwor’s success is partly due to the talent and skills he displayed in the writing, directing and producing of 2 internationally awarded short films: “Mothers Love” and “Enemy Within”.

He attributes his motivation to bring about change in the world through his passion for media. He strives to develop his skills through riveting storytelling supported with exceptional visuals, and insuring the message is delivered through precision audio.

An exemplary example of Kevin Nkem Nwankwor’s goals in life is seen in the film “Tempting Fate”; to be released in major theaters on July 17th, 2015. The story line of this soul touching film evolves around hope for the hopeless, and the union of families.

In a recent interview, Kevin states, “My reason for making the “Tempting Fate” film is tied to my vision. I was inspired to write this story based on current situations in our society, brothers no longer look out for each other, many people have given up on God and given up on life by making some dangerous decisions that will not only hurt them but people around them.”

There is no doubt that “Tempting Fate” will touch all of those who see it in a positive way. It will surely bring Kevin to the forefront as a new director, who can have a major impact on the lives of others through the entertainment media.  When the success of “Tempting Fate” comes to its conclusion Kevin will most likely attribute the success of the film to reaching its goal of showing that love must exist between man and his creator. The renewal of the spirit of forgiveness, nurturing the love in relationships, and most importantly that when man takes the wrong path in life, he only needs to turn to God for a new beginning.

Kevin’s directing debut in the award winning film “Tempting Fate” more than aptly delivers the message of all that this new and upcoming director stands for. It is the story of two brothers who are very different and have chosen two different paths in life.  It is packed with intrigue and action. Yet, what is portrayed through each of the brother’s actions and the story line, is something every viewer can relate to. “Tempting Fate” has the ability to change lives, leave a lasting impact, and present the challenge for everyone to take a look at where their path in life is leading them.

Kevin is married to the highly esteemed Christian author, Unoma Nwankwor, who is well known for her writings of “Unexpected Blessing” “When You Let Go” and “A Scoop of Love.” Unoma is one of the executive producers of “Tempting Fate” and is keen on supporting Keven’s aspiration to serve and excel in the Nollywood industry.  Kevin and Unoma are a well rooted Christian couple residing in Atlanta Georgia, living their lives under the guidance of God and raising their two lovely children to walk the same path. The belief that “It’s never too late until…It’s too late!” is the foundation of Kevin’s philosophy and approach to life.